Cycle Stoke, through its Cycle Smart programme are able to offer free one to one cycle training including route planning and accompanied instructor rides to your place of work. 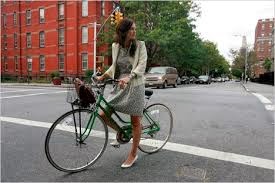 The offer is open to anyone working at one of five employment centres in and around the City of Stoke on Trent and is being made available to all employers and employees working in the Sustainable travel zones and can include cycle and helmet loan. 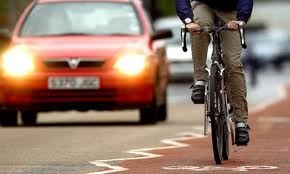 The cycle commuter  training is provided through Sustrans and Cyclist Training Ltd who will be working with Stoke City council Stoke's business community and city residents over the next 15 months making cycle transport more available. including bike loans, cycle maintenance sessions open training and advice sessions as well as tailored business solutions.

Business's of any size wishing to part in the project can now register an interest to see if they fall into to one of the eligible zones.

Were back on Singletrack ;-) and you need a note from your mum to miss tonights ride.

SingleTrack are running The Velo Store as part of their Tuesday Treat. Theres some great prize's on offer too.

Dave Johnson wants some sort of copy right payment for the Williams sisters gag, Erm just speak to Tom or Simon and they will sort you straight out Dave. 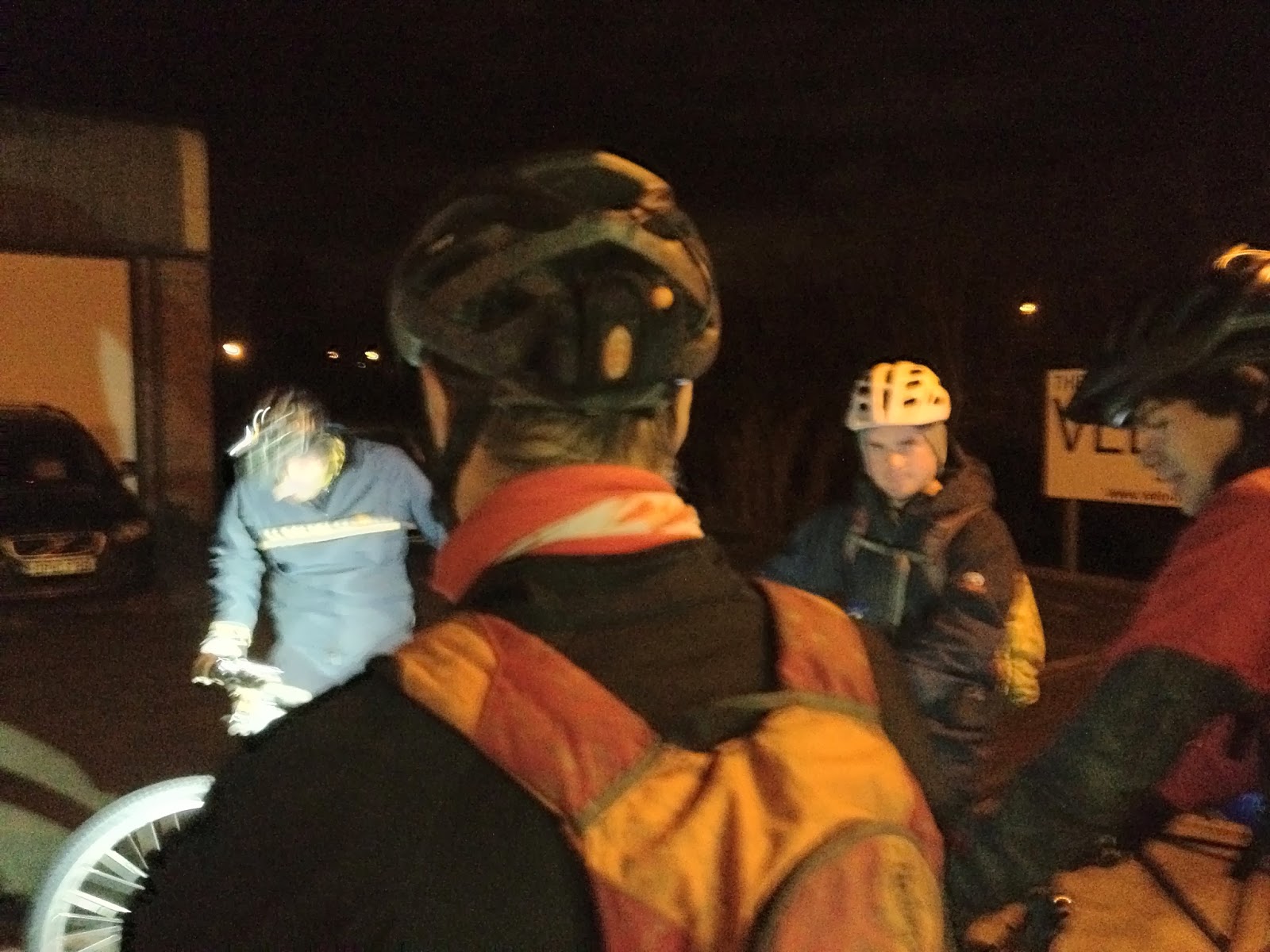 And whilst were on the Tuesday theme Im wandering how many excuses were gonna for not being able to make our first minus temp night ride of this season especially with England Germany on. Im riding and so is Simon, we've had tow feeble and one kind of reasonable excuse. Anyone else got a note from their mum ??
Posted by Unknown at 07:08 No comments: 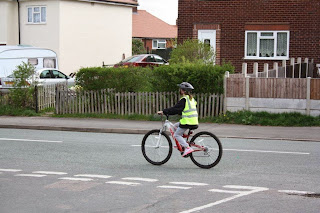 If your school is based in Staffordshire, Stoke on Trent, or East Cheshire then check with your child's school to see if they have booked in Bikeability for year five and six. If you live in Staffordshire East Cheshire or Stoke on Trent  & want your child to receive either level 2 (11+,  or level 3 training  13 years   +), during the school holidays then give us a call and we will book you onto one of shared  lessons.


I needed to drop presents off on tonights ride home, but it was well worth it.great night time views of staffordshire country side, 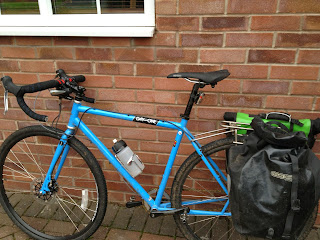 it was home, quick shower and then out to the old Bramshall Inn

Email ThisBlogThis!Share to TwitterShare to FacebookShare to Pinterest
Labels: commuting


Its not nice to have to post this but what awful news. Please take care on your way around & make sure you are being seen (light up, high vis) and ride were everyone can see you. It might just make the difference for us.

I only hope that it gets the government both local and nationally to continue to make improvements for cyclists. 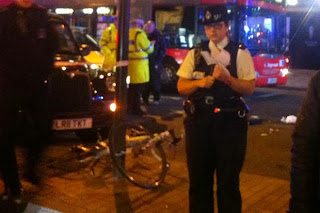 Ive just lost a kilo and my fingers are cold ! 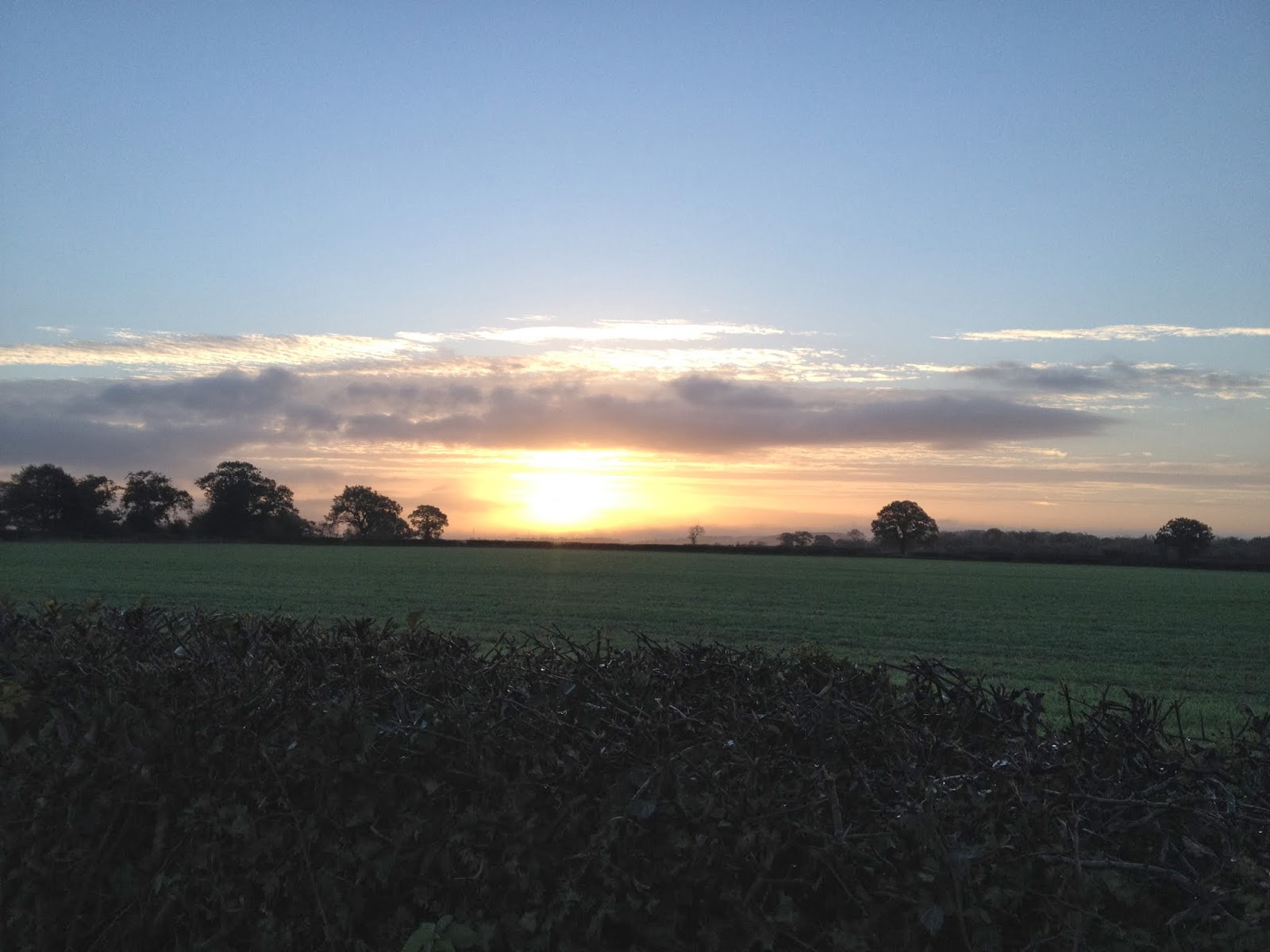 Great sunrise on my first ride in since before half term and on the new wheels from Tom at Velo  and Marathon plus tyres.

The wheels are so much better than what came with Genesis Day 1 (Alfine 8 speed) and saved a full kilo in weight this matched with better rolling of the marathons defiantly made this mornings ride in better.

It felt warm as I set off and I decided I couldn't be bothered going back in the house for gloves, last time I do that this winter (I hope I can find some round the office before going home).

I was passed by Nick in the CTL van going in the opposite direction  off to do some instructor appraisals and then Graham this time going the same way I almost beat him in, passing him at the rail way crossing and receiving some abuse from his rolled down window but the traffic lights helped him and he got in just before me.

So the bikes locked up outside on our make shift bike rack ready for tonights journey back. Ive got a meeting tray with Tom from Sandon Sawmill who coming down to show me the drawings for the new shelter and seating area outside the store. 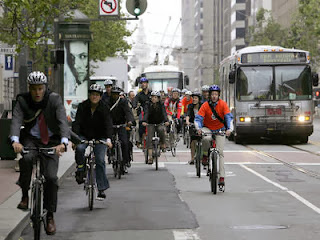 Ive followed the copenhagenzine bike blog and scene for a number of years and at the same time I've watched cycling initiatives come and go both across the UK and locally. And whilst we can claim some success (cycling has certainly increased) there is a very long way to go.


This is a video showing Copenhagens unique bicycle culture as it looks in the beginning of the early 21st century.
A monumental motion of everyday people transporting themselves from A to B by pure pedal power.
-Each day 37% of everybody in Copenhagen arrives at work or education by bicycle.
-25% of all families with two kids in the city own a cargo bike.
-And the 519,000 inner city copenhageners own 560,000 bicycles!

The one thing that seems to make success easier to get to is a political will with in local authorities or councils. And I don't just mean a few in a department tasked to do it. but right the top lord mayor, head of councils and others actually living and making cycling in their area easier, safer and more accessible for all. Forcing cycling to the top of the agenda in planning development health leisure and education.

How do we get there ?

Well I suppose by me and you taking us their, role model and political pressure.

Maybe it's time we started to ask some questions of Local authorities and land owners like St. Modwens, who this year whilst supporting cycling in many ways still have staff that frown on any group turning up at Trentham Gardens and have no cycle provision's for moving between the Monkey Forest and the retail park.

And where are cyclist meant to go at the end of the cycle path along the A34 Stone to to Stafford ? Do the really want us to ride against traffic or filter into the dual carriage way or was that the cheapest solution.

Do the crash barriers along the one way network in stone encourage a race track mentality amongst drivers, surely they should be removed and a shared space mentality adopted with a 20MPH enforced speed zone.

maybe we need an local action group made up of people who want to see the change and are ready to ask the questions and influence the future.

Something for the Weekend Sir ? and Finally ......

So as the weekend draws nearer the store starts to gear up getting new bikes built up and ready for display. For those brave enough to rock up back home with a new bike after just nipping out for nothing important really why not one of the Trail bikes of the Year the Whyte T129 s. This one being built up by Tom is  the T129 works. 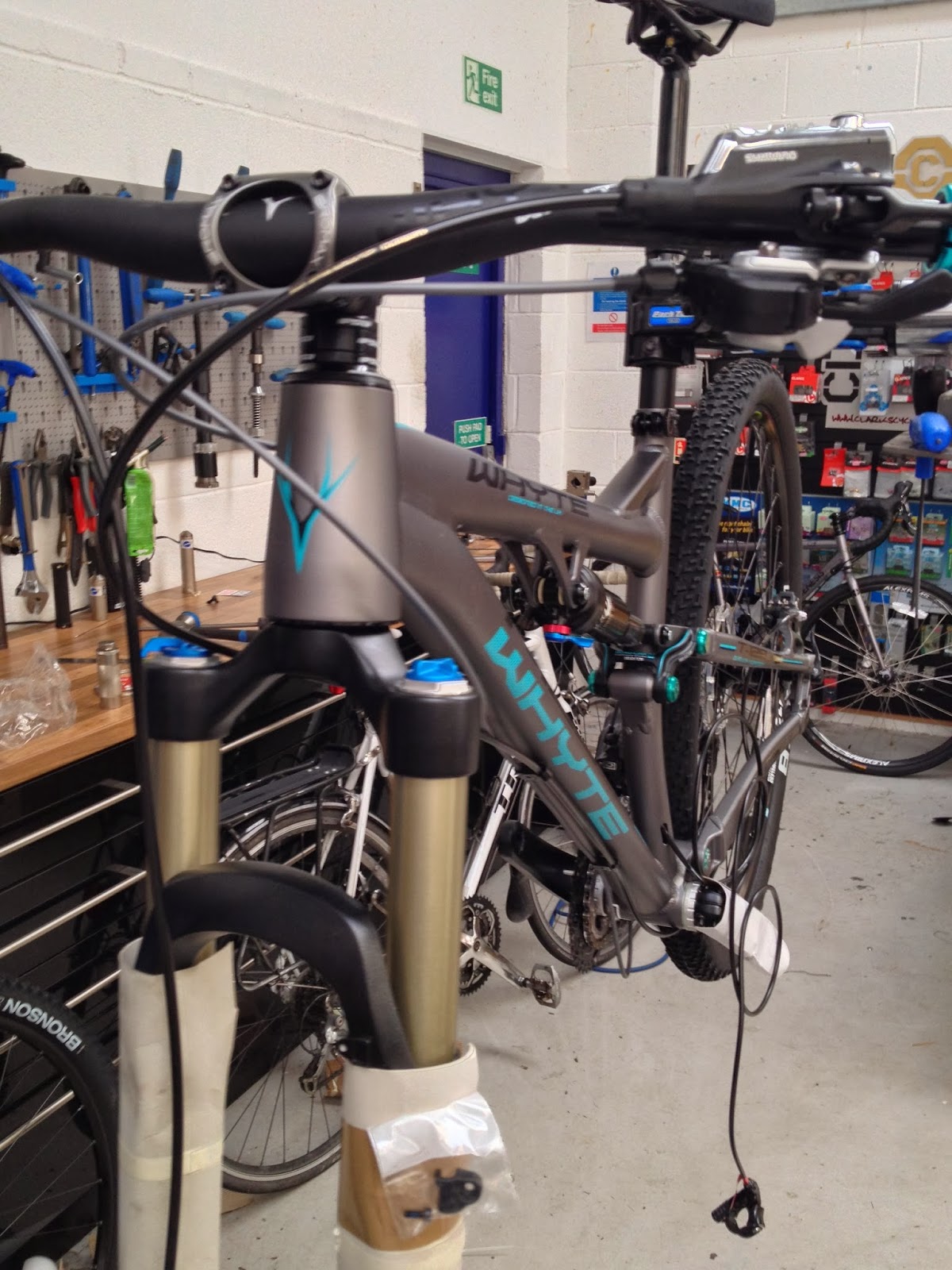 The forecast for the Saturday Breakfast club ride is looking pretty good also, so if you fancy a 30 mile jaunt out on Staffordshires lanes then why not join us at The Velo Store at 9.00. Don't forget though you will need to have mudguards fitted. Im not riding this weekend as I am off to watch Jimmy Car in Birmingham so its drop kids and dogs off at parents and Kennels and then check in at the bar before a night out in Brum. 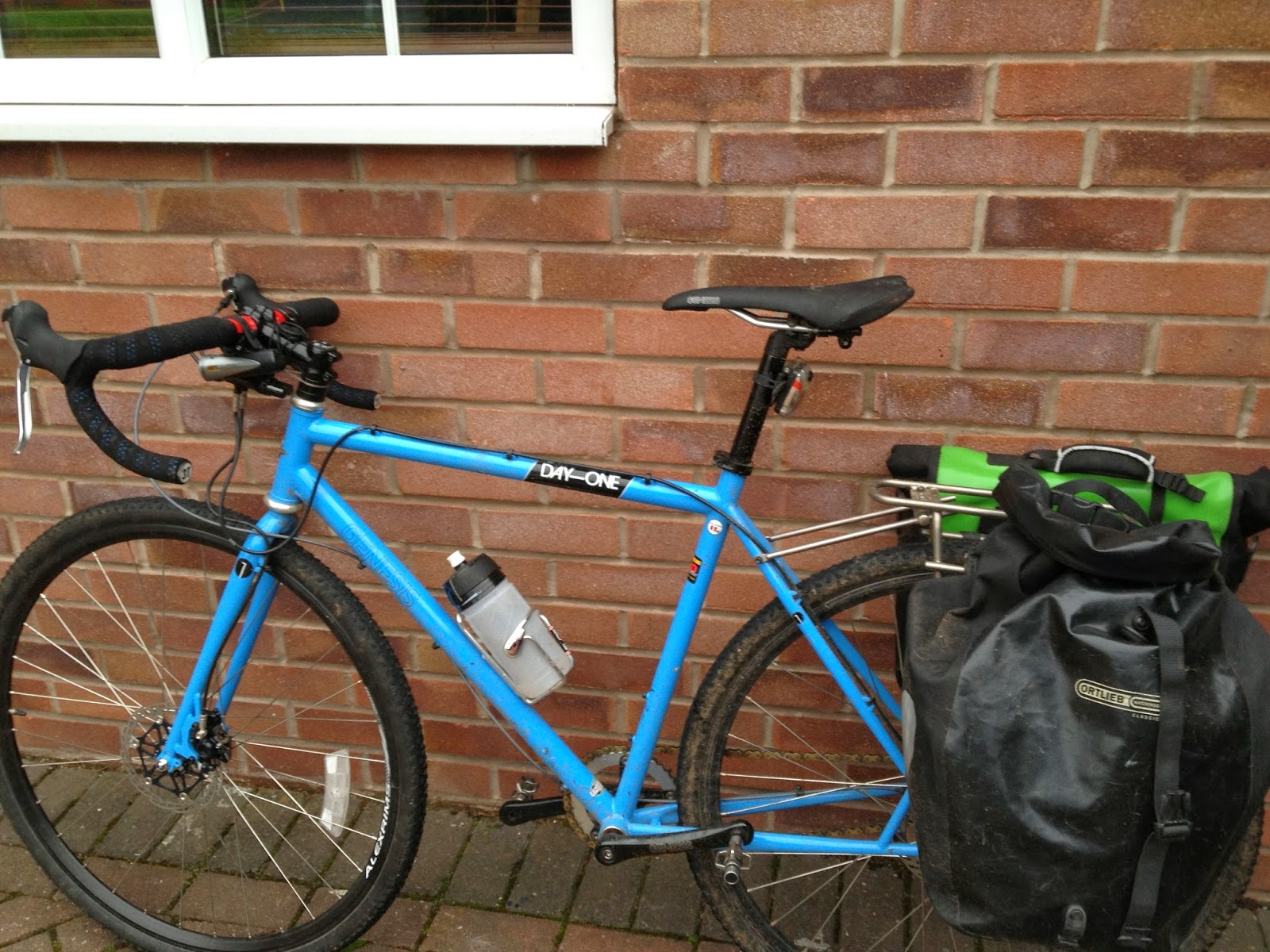 That will mean a week of commuting for me as I try and catch up on my miles for the year and  pick up  on the fittness levels.

Toms just built me a new wheel for the Day one.  Its still on the Alfine hub but with some much lighter rims and Im fitting some  Marathon's ready for winter miles and long days in the saddle, so Ive no excuses now.


And Finally .......
finally note keep your fingers crossed for CTL tonight who are up for an award for our scooterbility scheme for Sustainable Travel.

The dates and venues for the New Year "Learn to Ride" camps have been set. So for those looking to move from stabilisers to two wheels book now !!  This is by far our most popular learn to ride course. 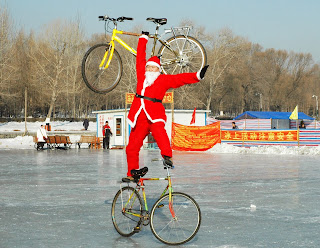 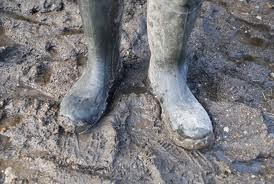 All three were out last night on our Velo Store Tuesday night ride,
for the first time we had a rider out in wellies, Pete (not me) had just finished walking the dog and thought it might be a good idea to keep the wellies on as it was a tad damp. It was truly a site to behold as he rode away from me on Beech caves, in the group standing up on the pedals. Im not sure if it will catch on though.

Better equipped to tell us would be Dave Smith of presently of roadreel.com, Ive wasted a whole morning watching it and laughing, absolutely brilliant.

Those slimmer ones amongst us and Dave Johnson finished the ride in the Star with beer and  ......

Velo and CTL teams up with Sustrans to win Business contract

Following a multi stage three month Tender process, CTL and Velo (from Stone in Staffordshire) have been selected as the winners of £100,000 pound LSTF contract to improve Cycling for business and workers in the city of Stoke on Trent.

As part of the tender CTL and Velo partnered up with Sustrans (a national cycling and Sustainable travel Charity) to beat off competition from across the country. Sustrans has a proven track record not only in capital engineering project's such as the national cycle network but also in business engagement.

Full details of the tender and how companies / workers can be involved will be released soon, but we are interested in hearing from any business situated in Stoke on Trent that would like to increase cycling to work.

Below is an extract from the Sustrans website giving reasons as to why employers should encourage their staff to cycle.

Employees who cycle to work are fitter, healthier and happier and as a result are less likely to take sick days.

Having a cycle friendly workplace can reduce the costs associated with business travel. By providing pool bikes, or allowing employees to use their own bikes to travel to meetings, businesses can make substantial savings.
References
[1] www.ukmediacentre.pwc.com/News-Releases/Absenteeism-costing-UK-business-32-billion-a-year-with-workers-taking-almost-double-thenumber-of-sick-days-as-US-counterparts-says-PwC-1076.aspx
[2] www.pteg.net/NR/rdonlyres/D6966492-3FD0-44A0-9D19-3B687A1FE84C/0/110411_Cycling_in_the_city_regions_Sustrans_PTEG_report_final.pdf
[3] TfL 2008 Pool Bikes for Businesshttp://www.tfl.gov.uk/assets/downloads/businessandpartners/Pool-bikes-for-business.pdf

Hannah's First ride out on her new Road bike.

Took My eldest daughter out for the first time today on her new road bike. First time on drop bars and toe clips. Brilliant ride cant wait till next week when we go again.